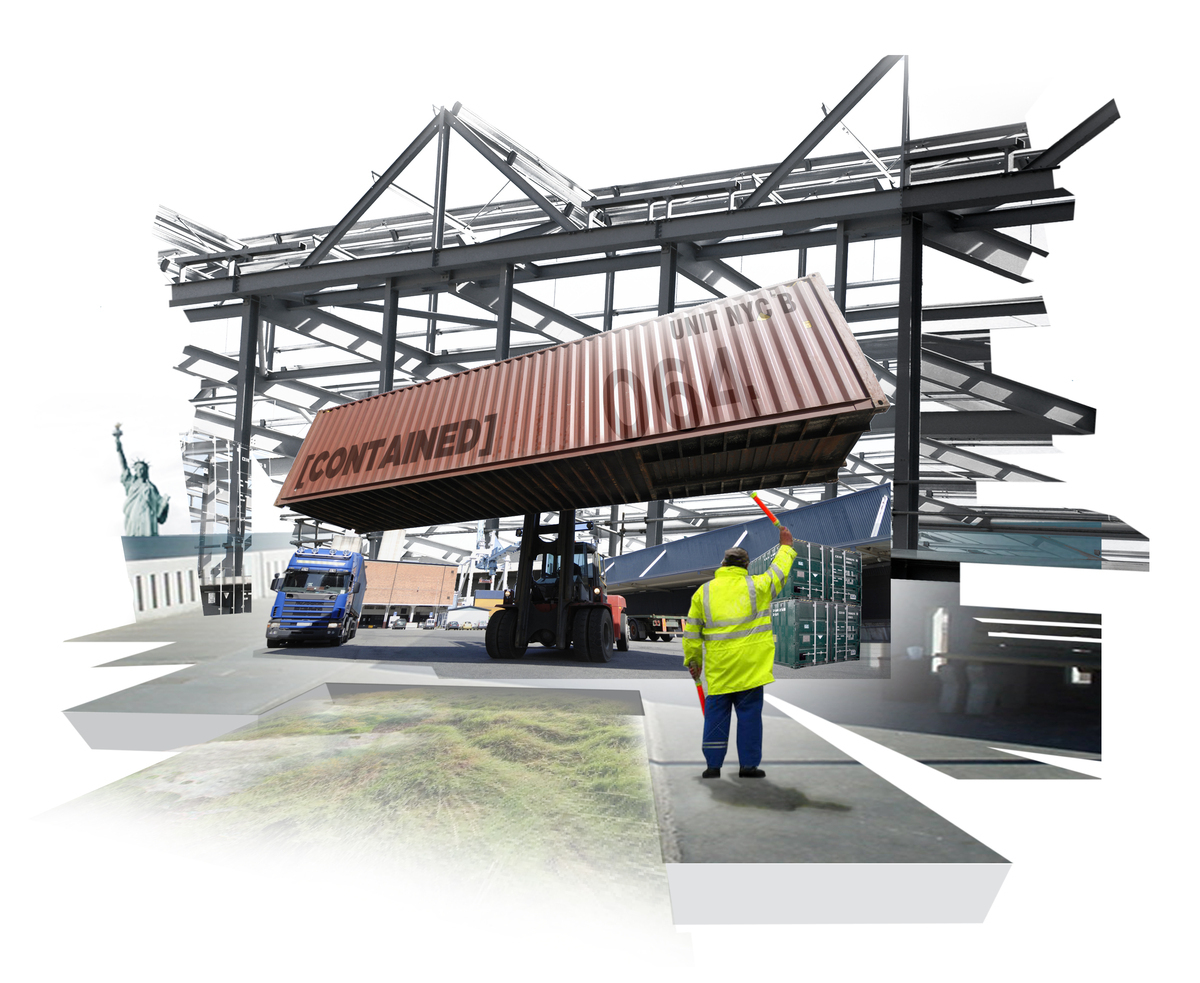 In light of the events of Hurricane Sandy, Terreform ONE organized the ONEPRIZE:STORMPROOF competition seeking proposals to explore the social, economic, and ecological possibilities of urban transformation while preparing for a recurrence in catastrophic weather patterns at the city scale. Designed for the coast of New York City, [CONTAINED] is an entry by Arianna Armelli, Ishaan Kumar, and David Sepulveda selected as Finalists to this year’s ONE Prize:Stormproof competition.”

Story: [CONTAINED] is dedicated to the evolution of New York City based on the political decisions of the last 10 years. Rezoning to accommodate for rapid population increase and loss of manufacturing crippled the system New York was founded on and made way for a multitude of developer driven high rise structures. [CONTAINED] relies on what it means to be a city of 3 million and takes into account waste production at the human scale.

Evolution of Manhattan: Historically Manhattan was a vibrant island home to thousands of wildlife species and natural freshwater streams supporting its ecological habitat. Since the Dutch arrival in 1776, Manhattan has transformed dramatically. Currently, approximately 20% of Manhattan’s surface area is landfill and all of the islands natural streams have been filled.

The 1950s movement towards containerization pushed industries overseas and subsequently kick started a rapid decline in New York Cities’ industrial marketability. As a result, waterfront properties have been reprogrammed to accommodate this process. In the last decade, one third of NYC has been rezoned providing our ever-expanding population with unaffordable high-end luxury condos prone to the repercussions of rising sea levels. Coupled with population increase is the inevitable production of waste. Currently taxpayers spend an estimated $980 million to export their trash every year.

Project Description: Disasters are both environmental and social events. The risk of a natural disaster does not depend upon the phenomenon itself, but is a result of the vulnerability of the population. An approach relying solely on soft infrastructure will only mitigate rising sea levels; it is not a solution. [CONTAINED] repurposes garbage as an abundant renewable resource to stormproof our city. Using an elementary infrastructure, [CONTAINED] encapsulates the entire refuse production for the general population distributing it in a 3-phase process addressing storm-plagued zones. In addition, [CONTAINED] establishes the re-industrialization of NYC while supplying citizens with preventative residential typologies. Climate change is evident and it is our responsibility to understand the implications Hurricane Sandy set forth. Serving as an anticipatory infrastructure for our city, [CONTAINED] will defend. 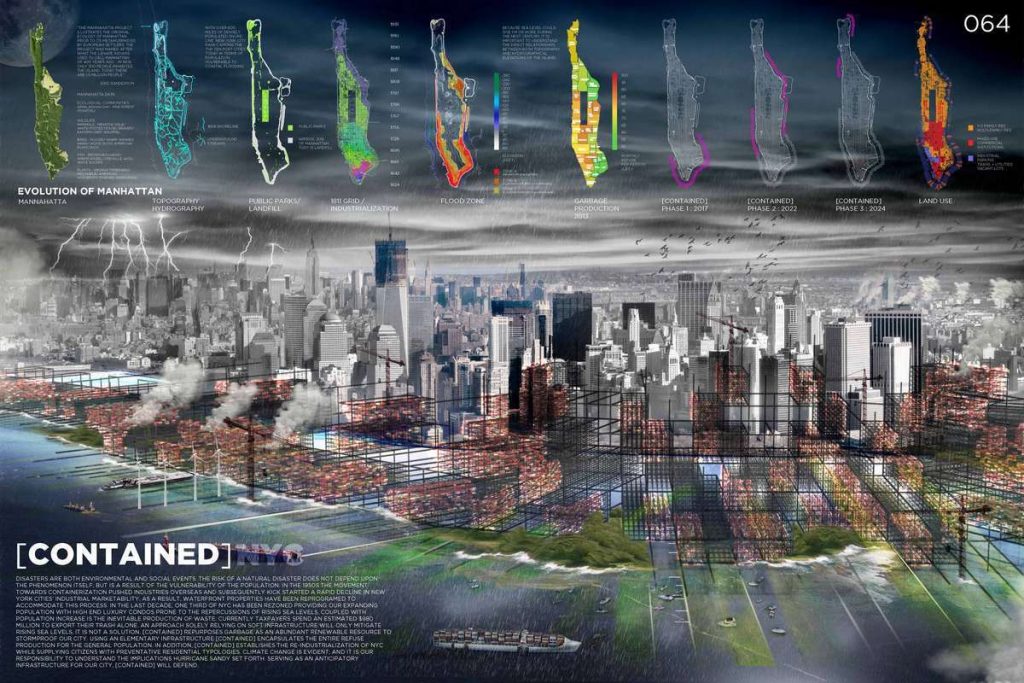 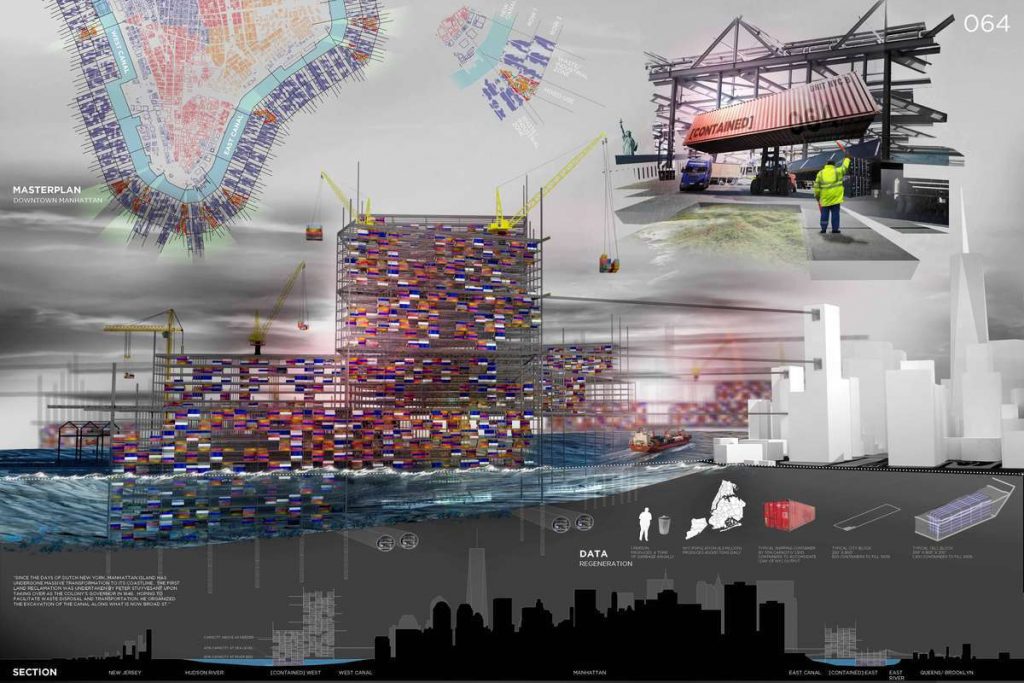 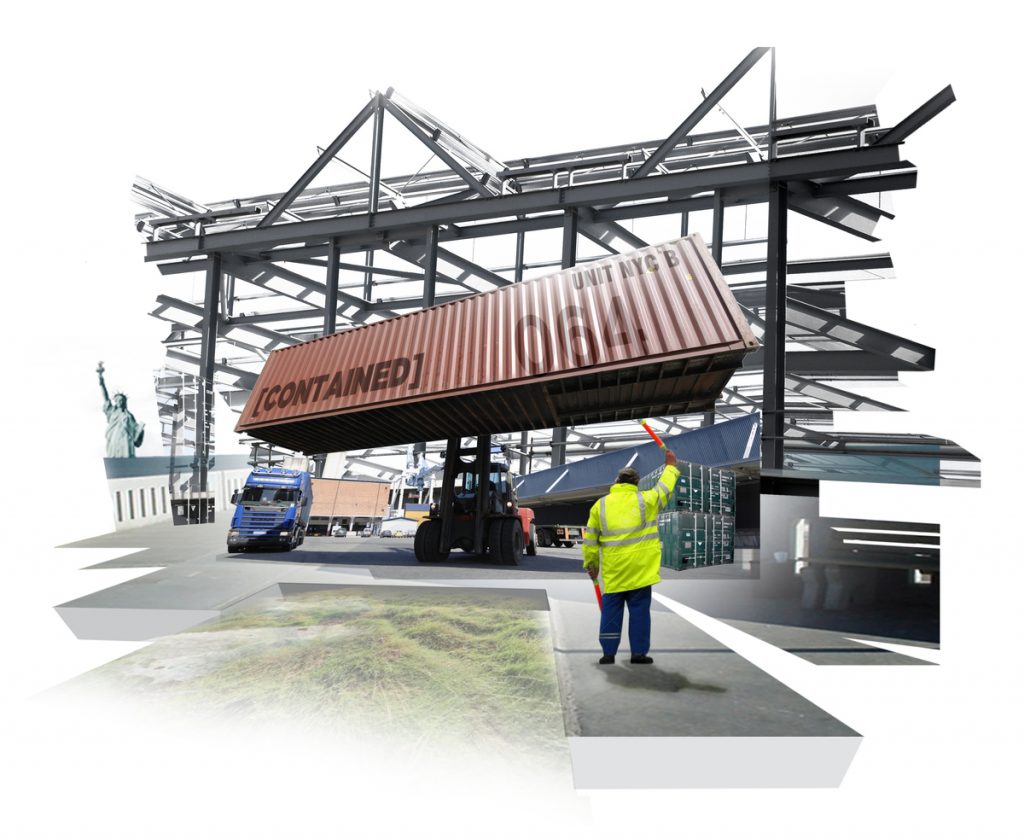 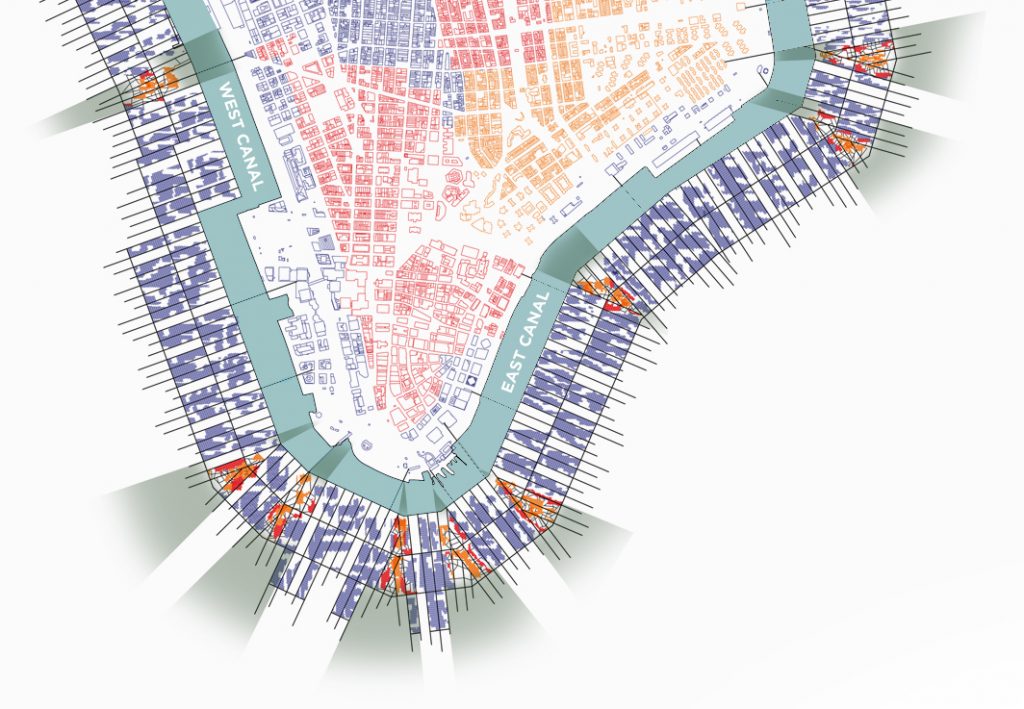 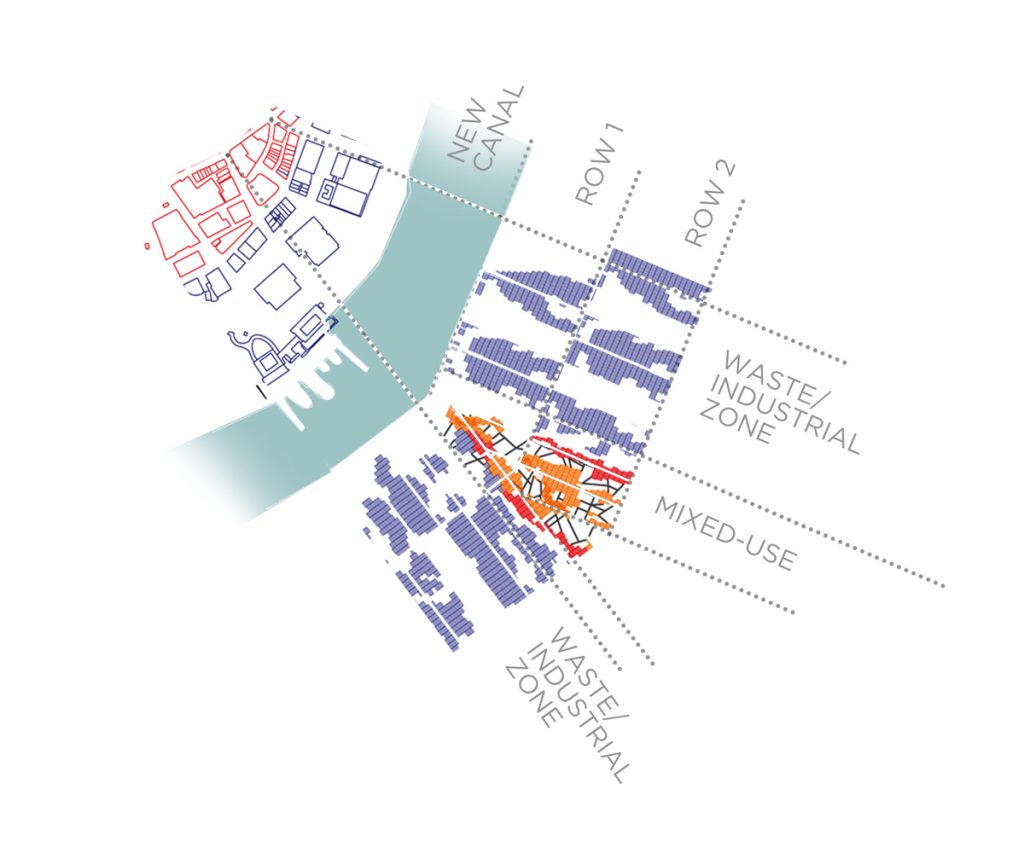