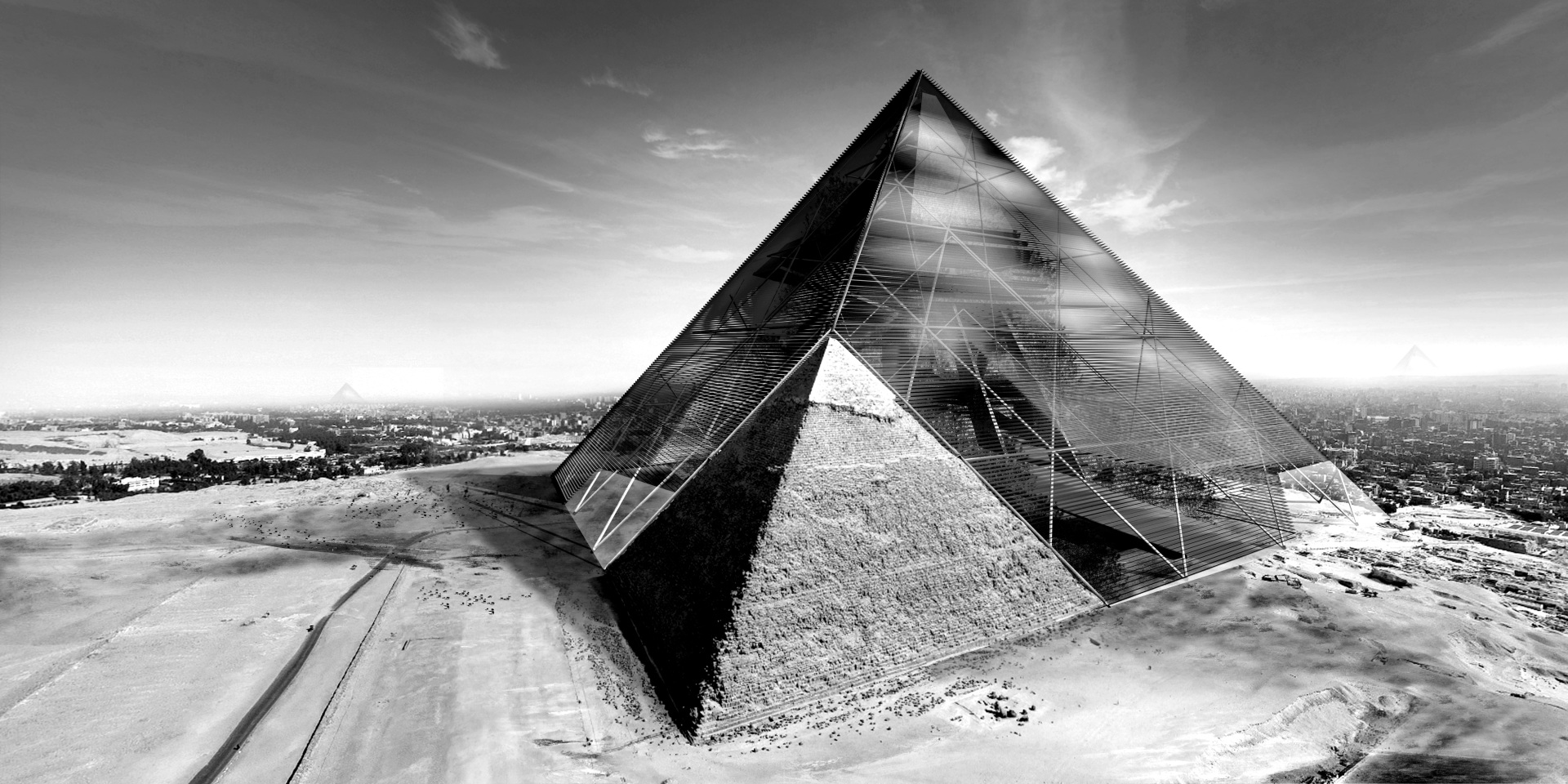 Seen from space, the majority of the Earth’s surface is covered by oceans – that makes up 71% of the surface of the Earth, with the remaining 29% for land. But what percentage of the Earth’s land surface is desert? Deserts actually make up 33%, or 1/3rd of the land’s surface area. Desertification is yet another consequence of climate change that takes a great toll on biodiversity, natural resources and, ultimately, the lives of people who inhabit drylands. Along with measures to curb and compensate it, there are several solutions for bringing life back to arid lands. It is called “reversing desertification”, and it has a great deal to do with permaculture. Permaculture is the development of agricultural ecosystems intended to be sustainable and self-sufficient.

“You can solve all the world’s problems in a garden.” – Geoff Lawton

The largest non-polar desert in the world is the Sahara Desert, a subtropical desert in northern Africa; it covers a surface area of about 3.5 million square miles. Just to put that into perspective it is as big as the United States of America, only difference is that desertification and land degradation increases about 12 million hectares each year, the size of New York State!

Ironically, where the Sahara Desert ends is where agriculture started, Ancient Egypt – Cairo. The civilization of ancient Egypt was indebted to the Nile River and its dependable seasonal flooding. The river’s predictability and the fertile soil allow the Egyptians to build an empire on the basis of great agricultural wealth. Egyptians are credited as being one of the first groups of people to practice agriculture on a large scale. This in return created such monumental cities like Giza that features the Great Sphinx and Pyramid constructed around 2584 BC, which is the resting place of the Egyptian Pharaoh Khufu. This is the largest of the three pyramids that make up the Giza Necropolis, along with the pyramids of Khafre and Menkaure. All these facts lead to the same re-occurring issues that we deal with in today’s progress to evolve not only technologically, but socially as a human race. We put too much emphasis on materiality, consumption and tourism and not enough back to the point of origin from the inside out.

Concept
Our project “Bio-Pyramid” proposes that we throw away the status-norm on historic preservation/ tourism and create a super-hybrid of re-activating areas that truly make a global difference. “Bio-Pyramid” is a non-conventional skyscraper that not only operates as a “bio-sphere” but also as a gateway from Cairo across the Sahara Desert; linking a sustainable armature to reverse desertification from a monumental to small nomadic scale. This proposal is not only a viable economical gain for cities like Giza and Cairo, but also stands as an architectural eco-techno statement that mixed-use typologies are more relevant as we diverse globally and sustainably. With over population and consumption on the rise we need to find a way to merge different typologies

“The past, like the future, is indefinite and exists only as a spectrum of possibilities.” – Stephen Hawking

Geometric Evolution
Geometry has always been a critical driving force since ancient times to now. We can trace different architectural movements from function follows form or form follows function, to the abstract randomness of today’s technological capabilities. We can also justify certain typological skyscrapers being certain uses and shapes through climate, finance, art, politics, tourism, etc., but we rarely explore the capabilities of morphing several disciplines into one. Bio-pyramid does just that, it is an evolutionary morphisms of the ancient pyramids + modern skyscraper + bio-sphere. The second layer to this complex hybrid is that it serves a second agenda, in that we do not only consider this a historic preservation project, but also strives to de-centralize tourism and actually function as a “living machine” back to its local communities. Bio-pyramid investigates the relationships between architecture, urbanism, landscape, historic preservation and technology with an emphasis on using environmental performance. 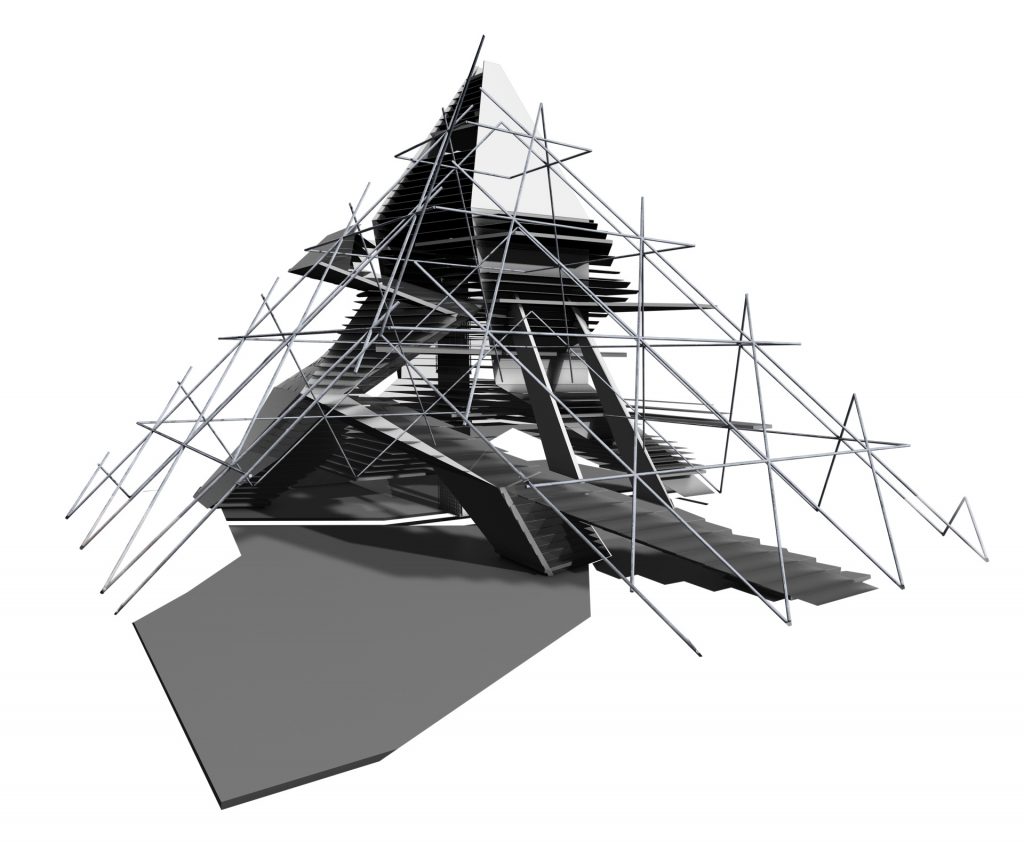 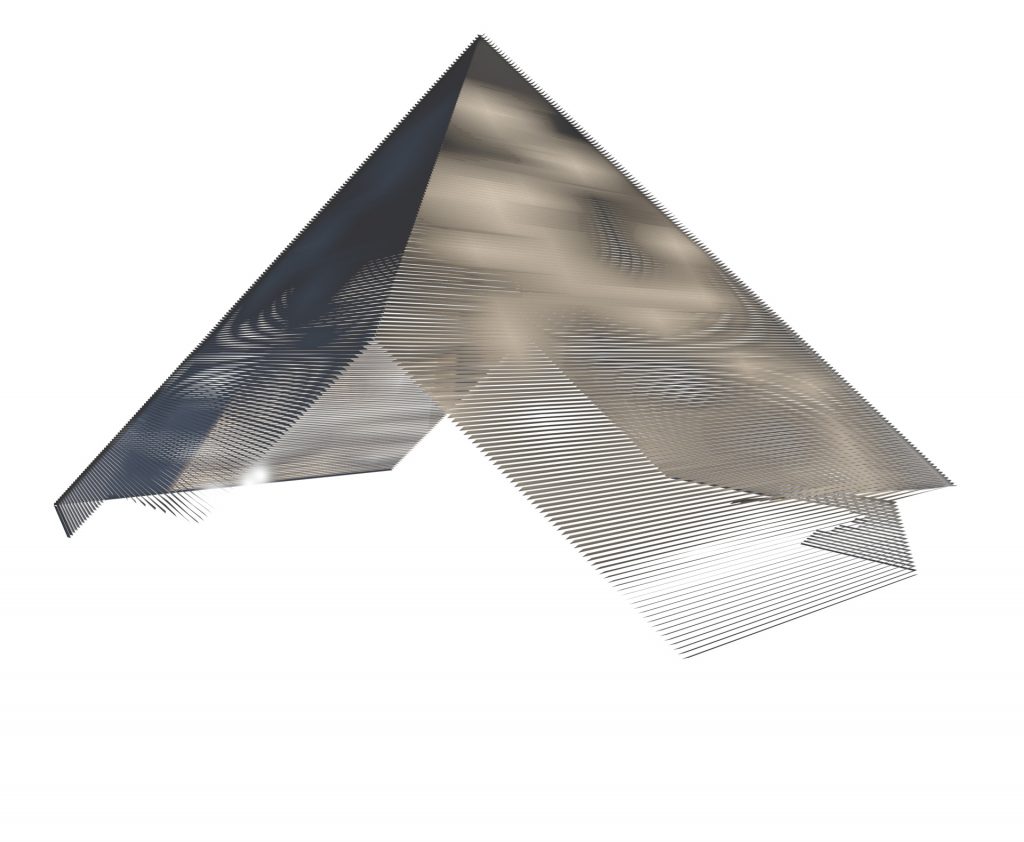 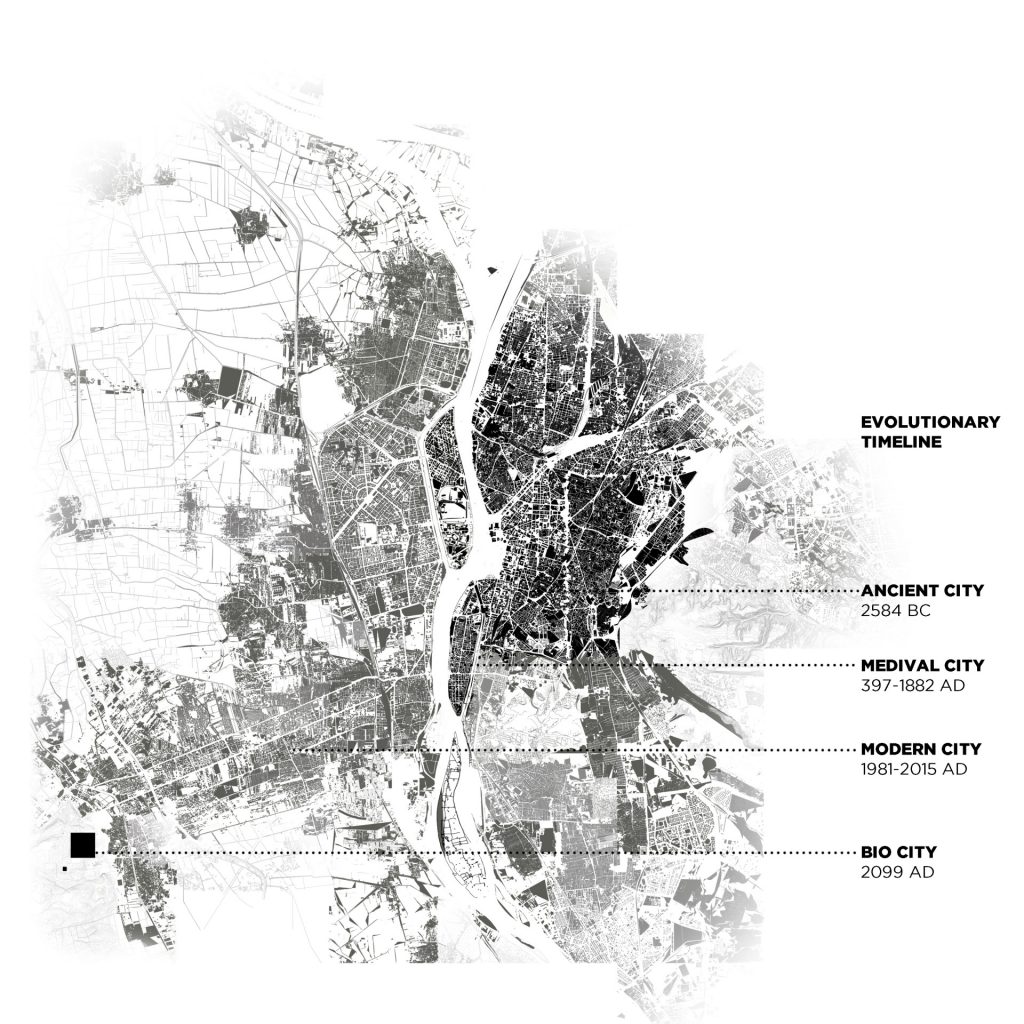 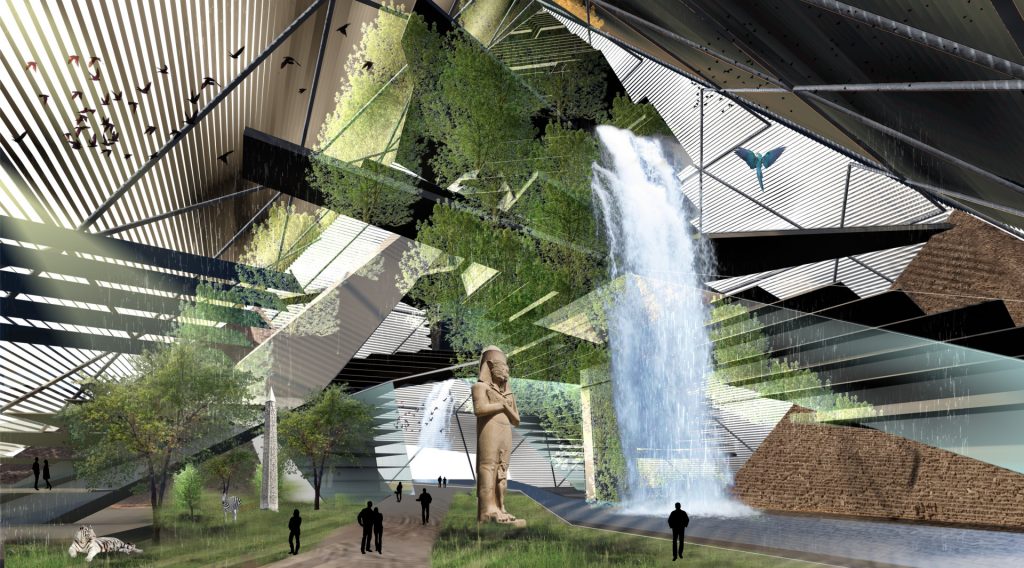 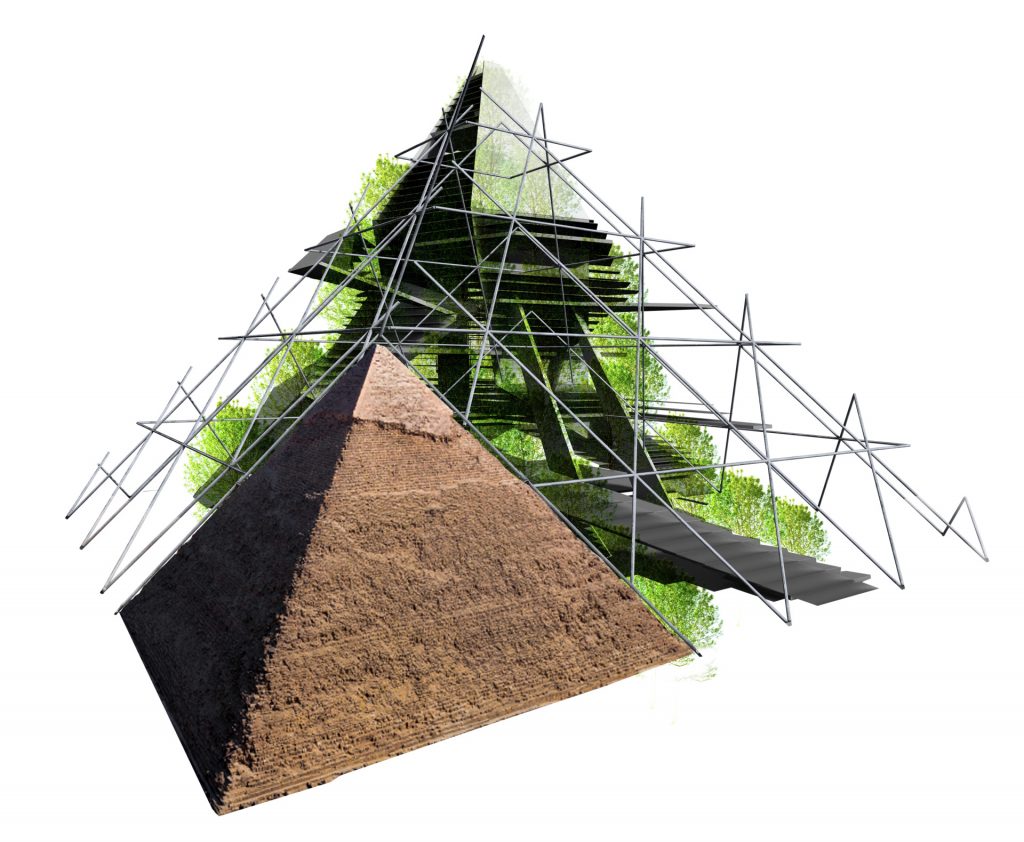 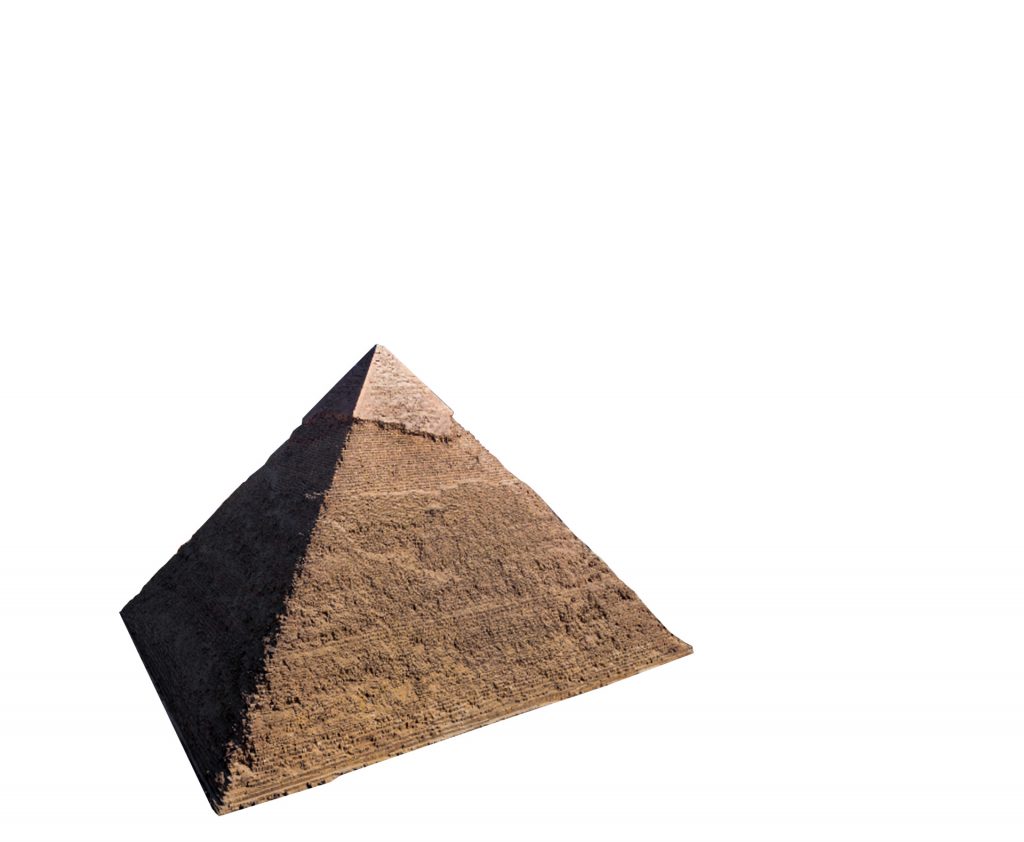 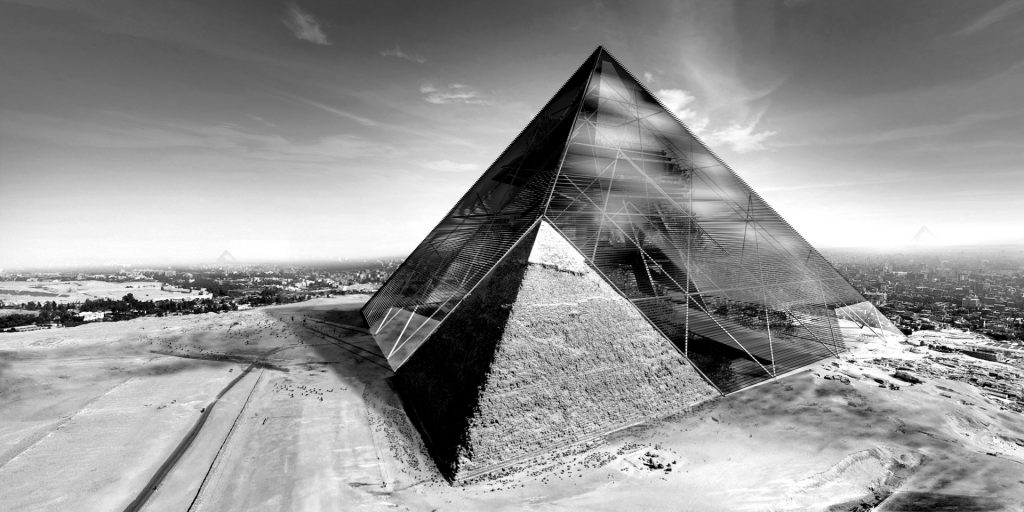 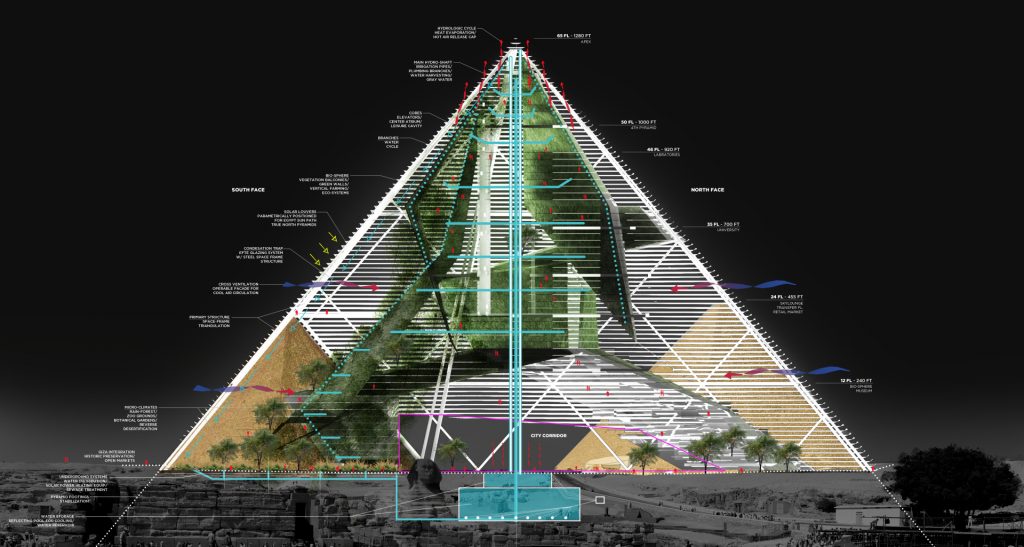 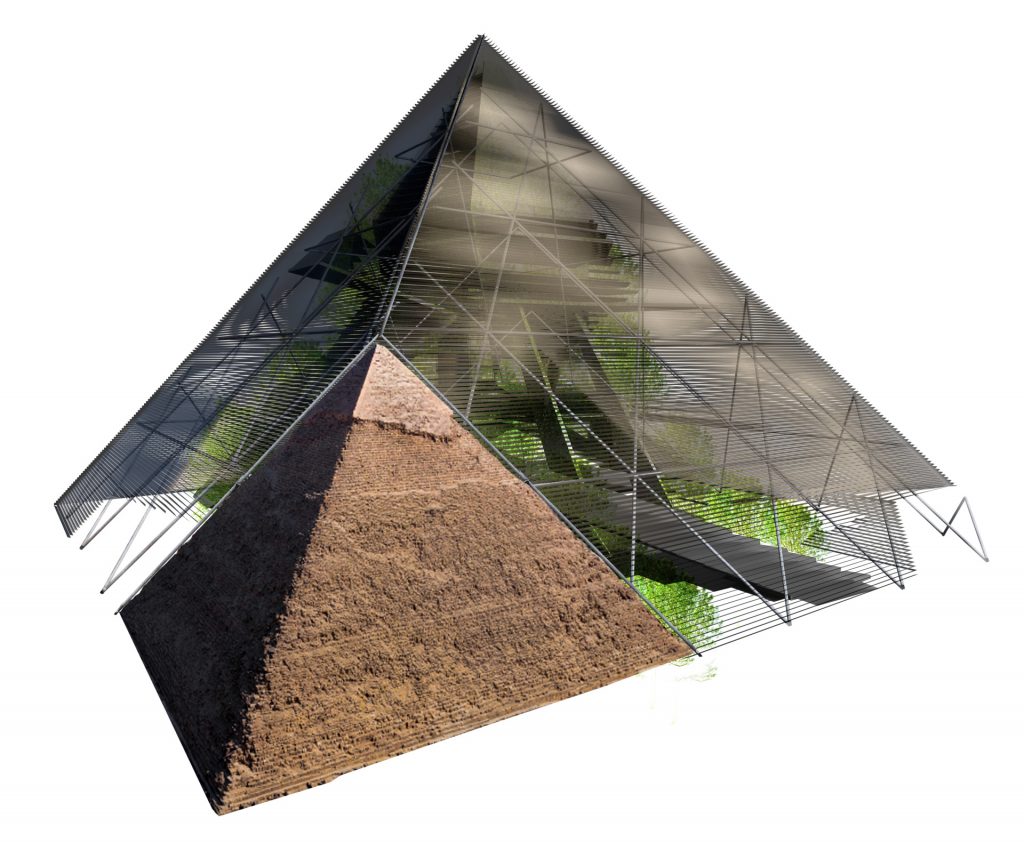 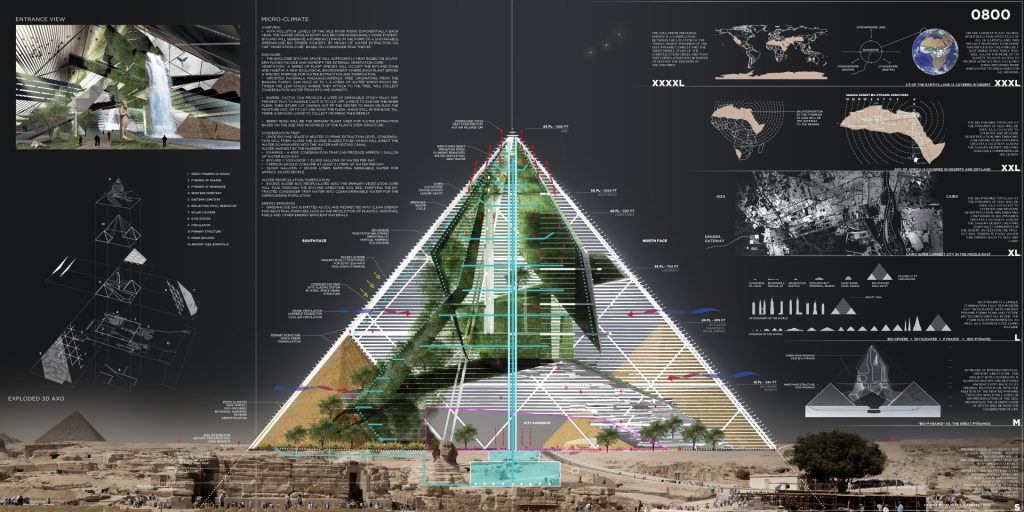 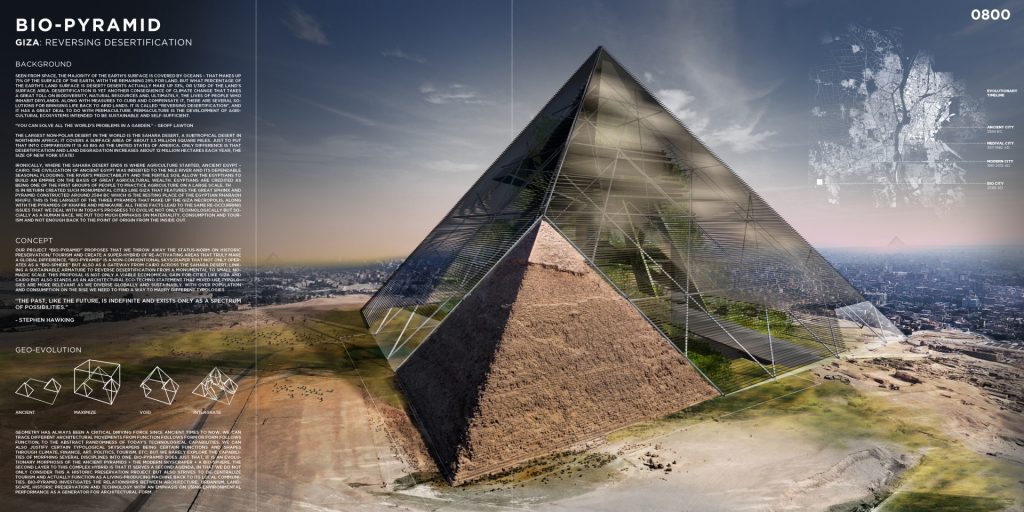 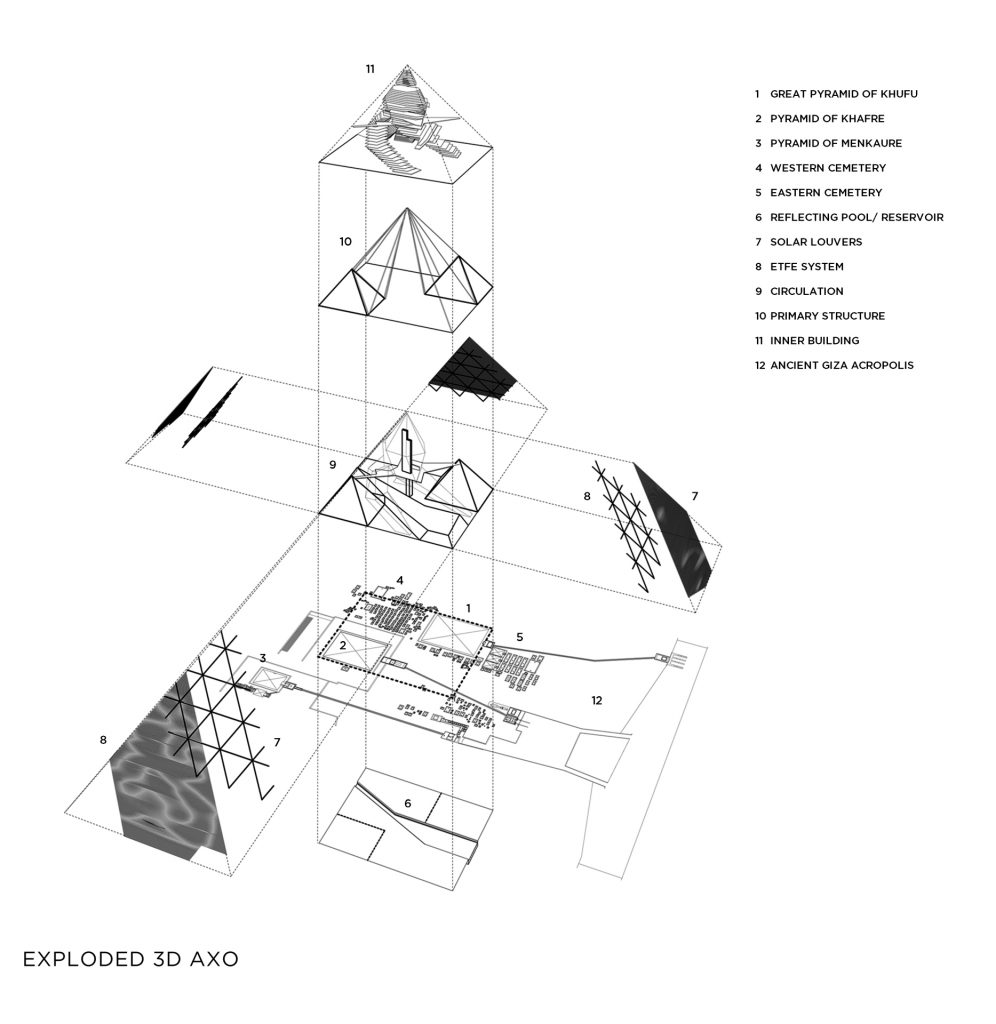