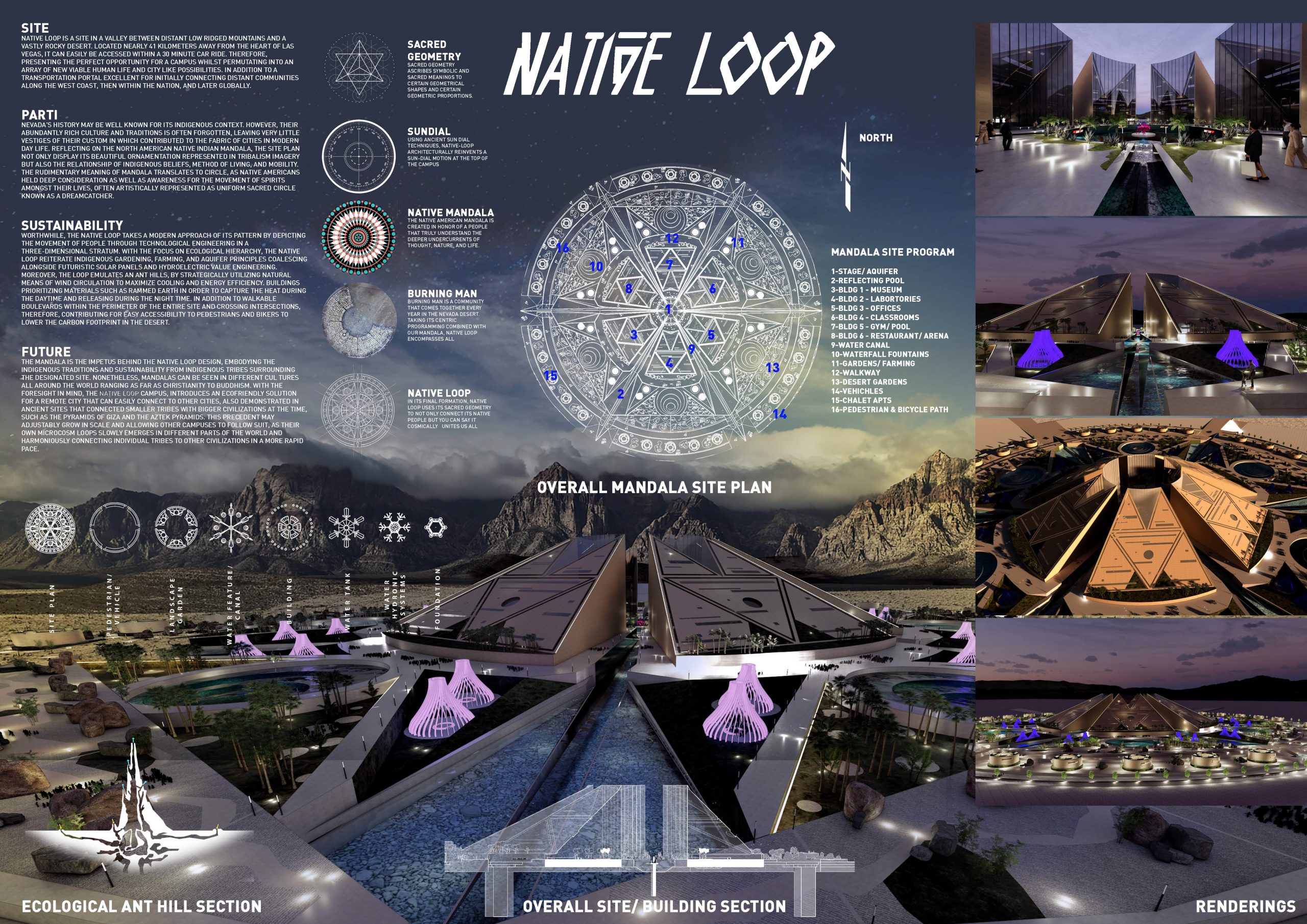 Native loop is a site in a valley between distant low ridged mountains and a vastly rocky desert. Located nearly 41 kilometers away from the heart of Las Vegas, it can easily be accessed within a 30 minutes car ride.  Therefore, presenting the perfect opportunity for a campus whilst permutating into an array of new viable human life and city like possibilities.  In addition to a transportation portal excellent for initially connecting distant communities along the west coast, then within the nation, and later globally.

Nevada’s history may be well known for its indigenous context. However, their abundantly rich culture and traditions is often forgotten, leaving very little vestiges of their custom in which contributed to the fabric of cities in modern day life.  Reflecting on the north American native Indian mandala, the site plan not only display its beautiful ornamentation represented in tribalism imagery but also the relationship of indigenous beliefs, method of living, and mobility.  The rudimentary meaning of mandala translates to circle, as native Americans held deep consideration as well as awareness for the movement of spirits amongst their lives, often artistically represented as uniform sacred circle known as a dreamcatcher.

Worthwhile, the native loop takes a modern approach of its pattern by depicting the movement of people through technological engineering in a three-dimensional stratum.  With the focus on ecological hierarchy, the native loop reiterates indigenous gardening, farming, and aquifer principles coalescing alongside futuristic solar panels and hydroelectric value engineering.  Moreover, the loop emulates an ant hills, by strategically utilizing natural means of wind circulation to maximize cooling and energy efficiency.  Buildings prioritizing materials such as rammed earth in order to capture the heat during the daytime and releasing during the nighttime.  In addition to walkable boulevards within the perimeter of the entire site and crossing intersections, therefore, contributing for easy accessibility to pedestrians and bikers to lower the carbon footprint in the desert.

The mandala is the impetus behind the native loop design, embodying the indigenous traditions and sustainability from indigenous tribes surrounding the designated site.  Nonetheless, mandalas can be seen in different cultures all around the world ranging as far as Christianity to Buddhism.  With the foresight in mind, the native loop campus, introduce an ecofriendly solution for a remote city that can easily connect to other cities, also demonstrated in ancient sites that connected smaller tribes with bigger civilizations at the time, such as the pyramids of Giza and the Aztek pyramids.  This precedent may adjustably grow in scale and allowing other campuses to follow suit as their own microcosm loops slowly emerges in different parts of the world and harmoniously connecting individual tribes to other civilizations in a more rapid pace. 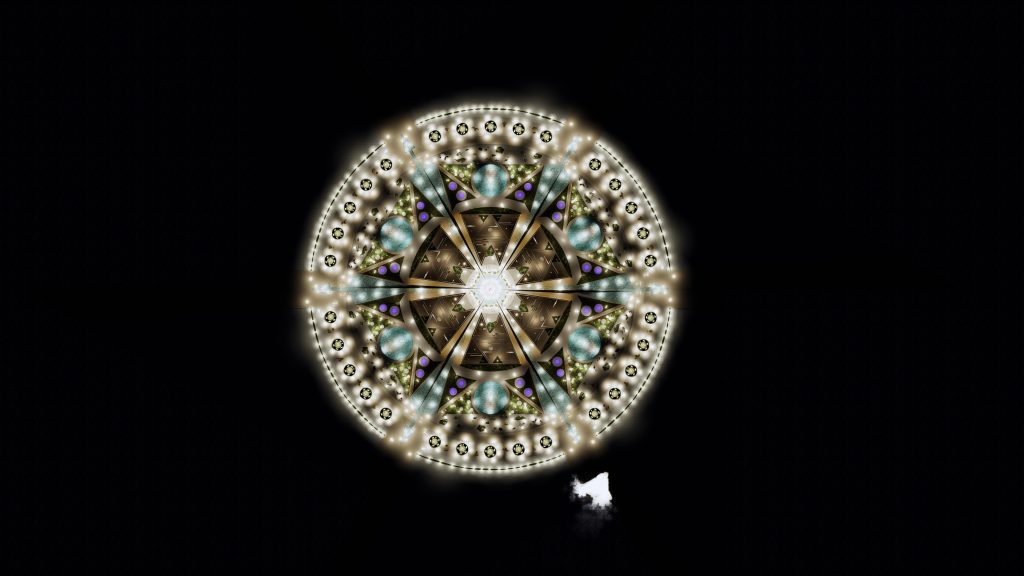 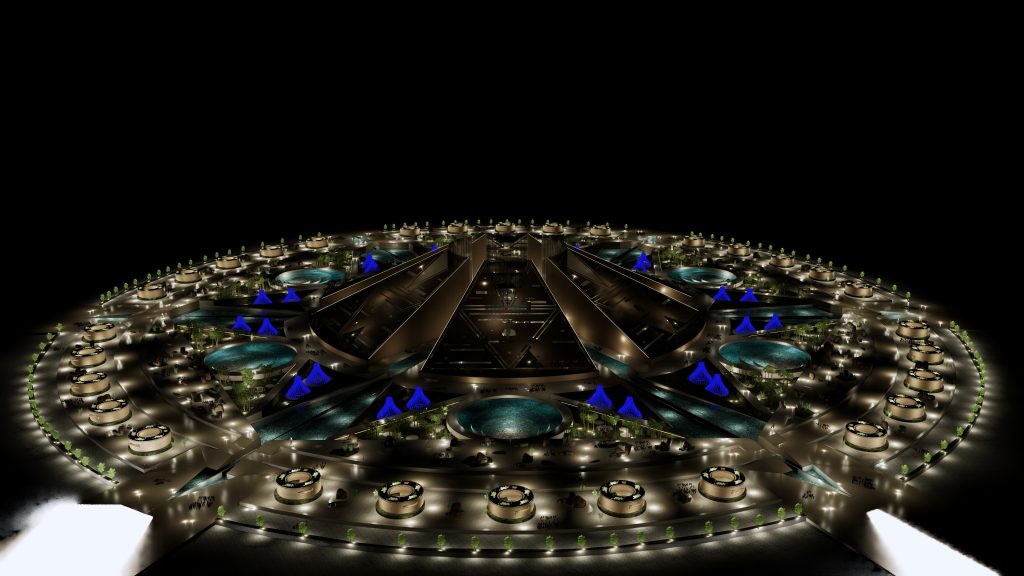 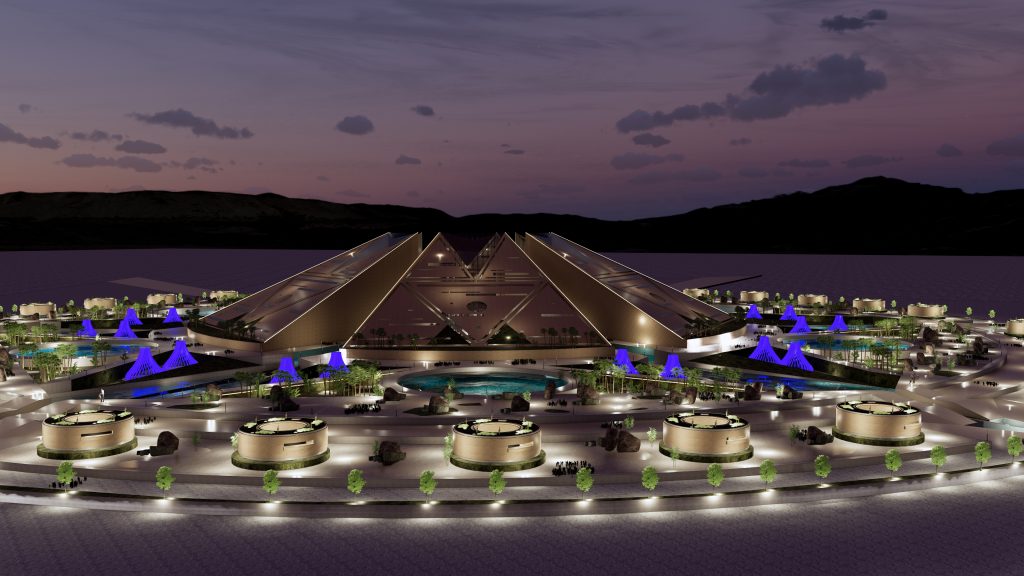 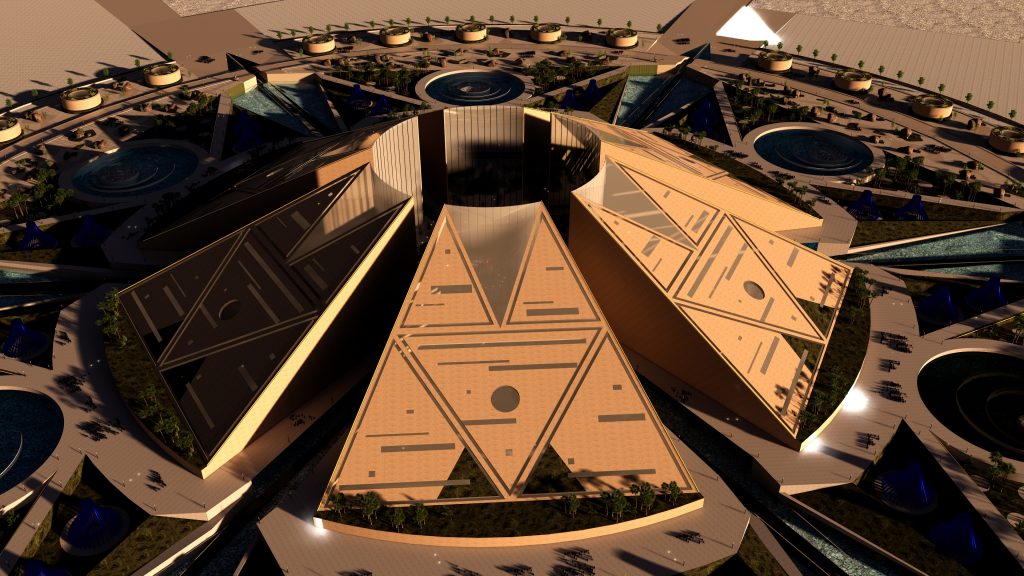 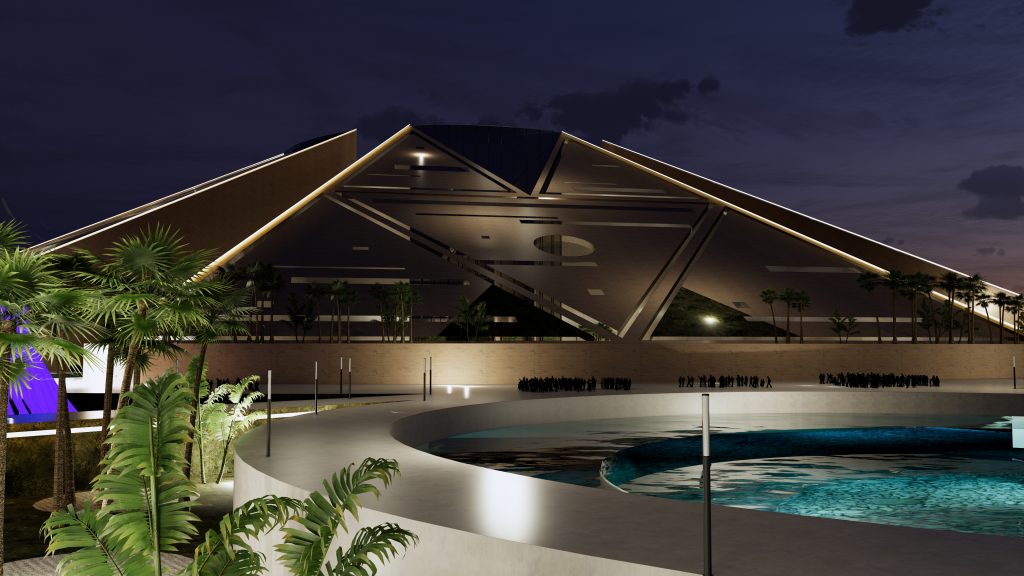 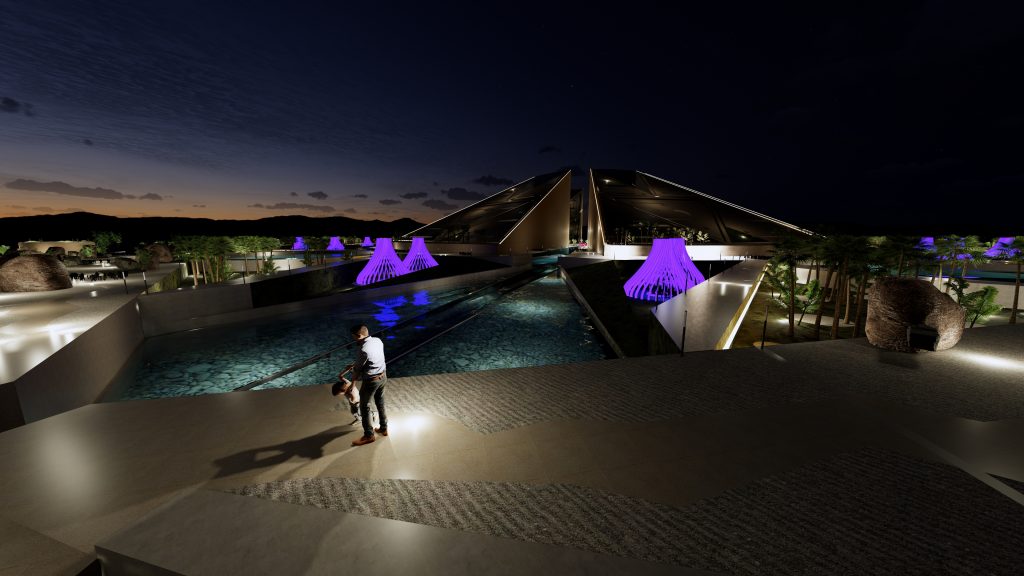 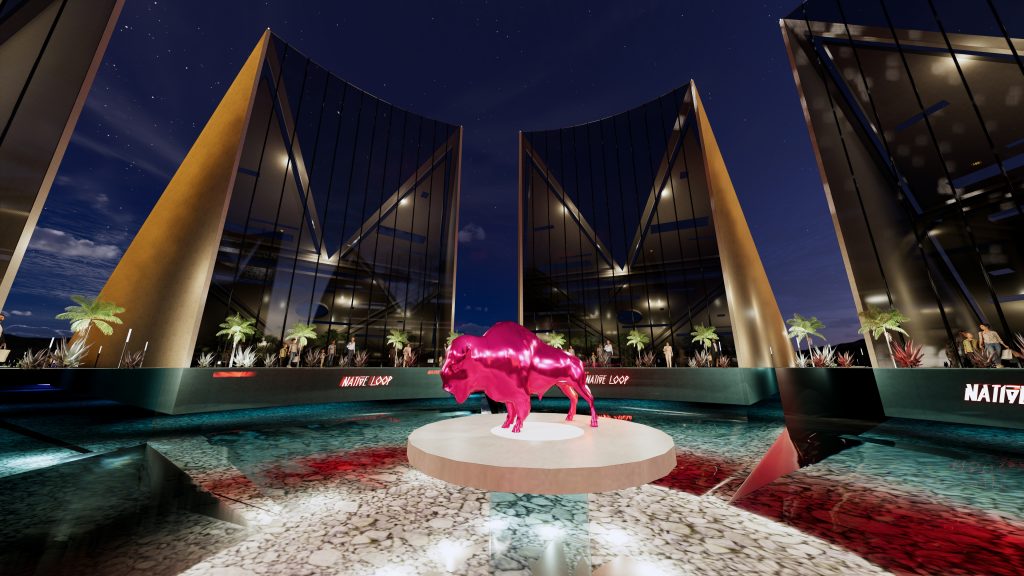 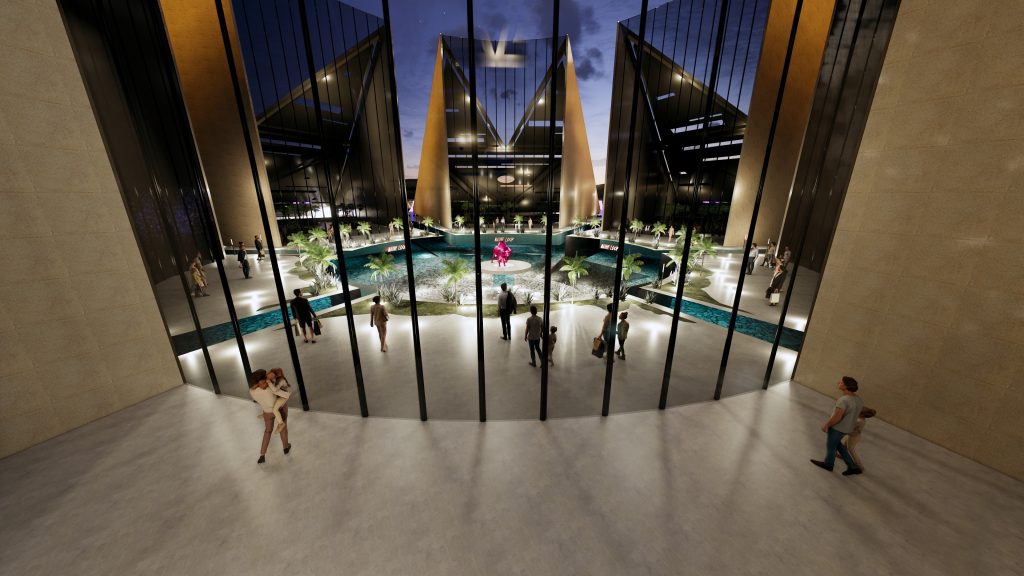 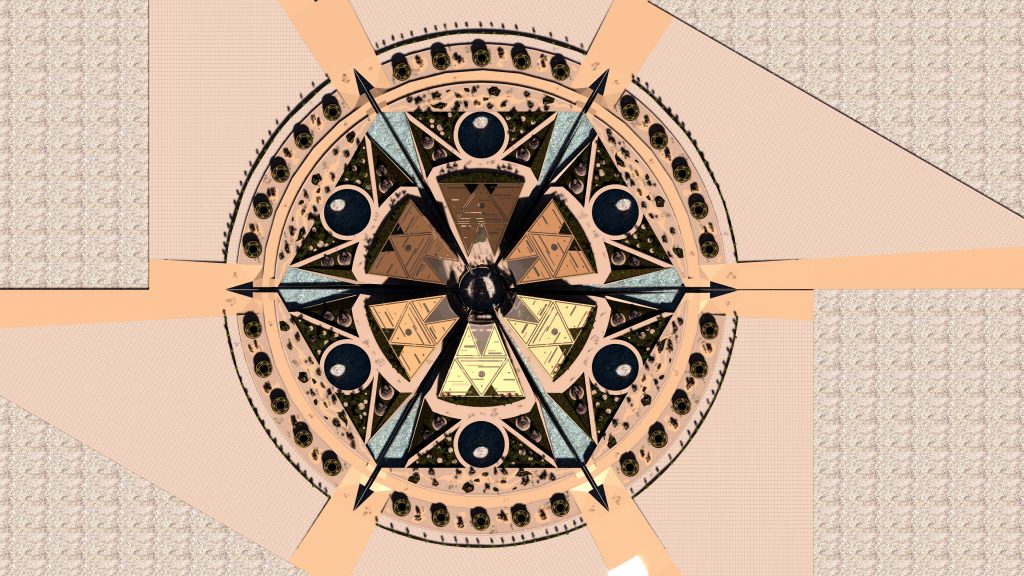 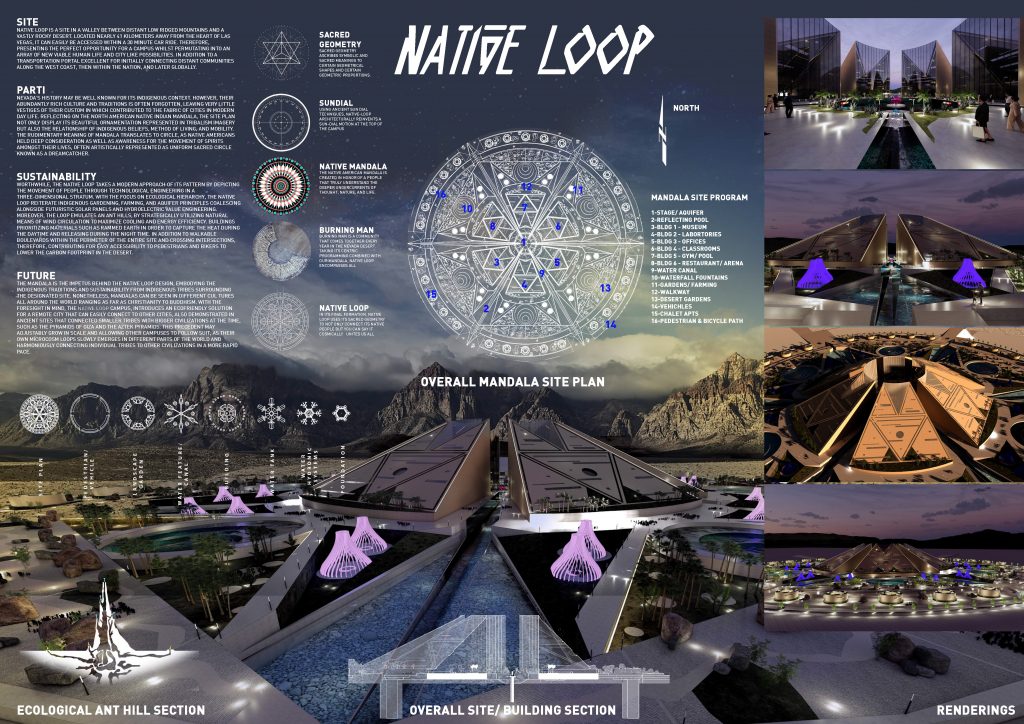 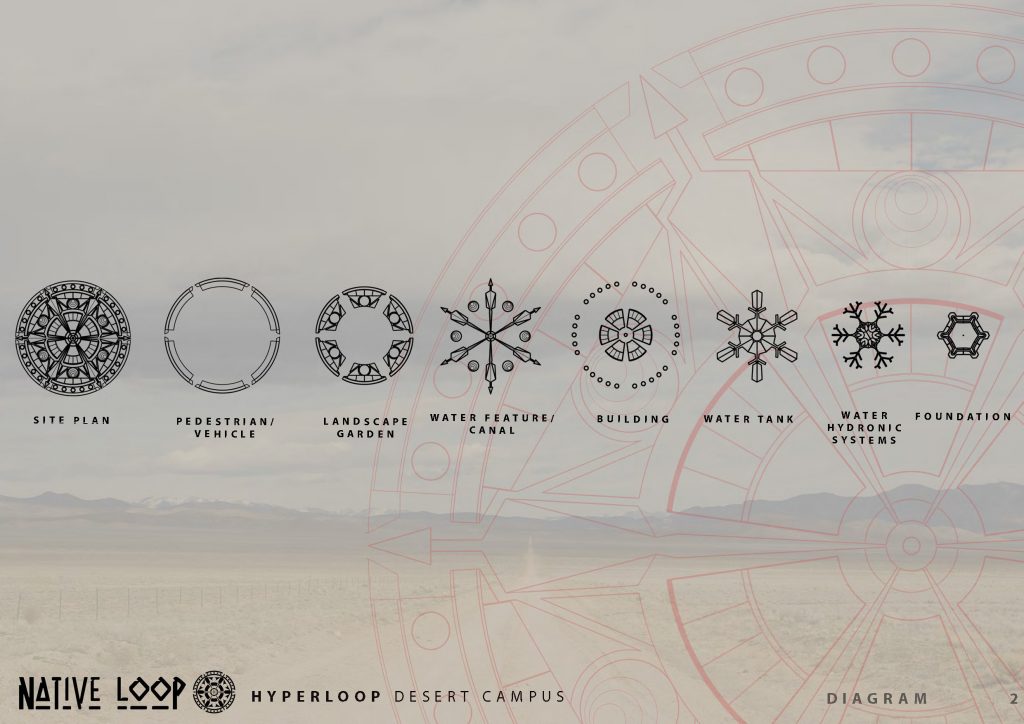 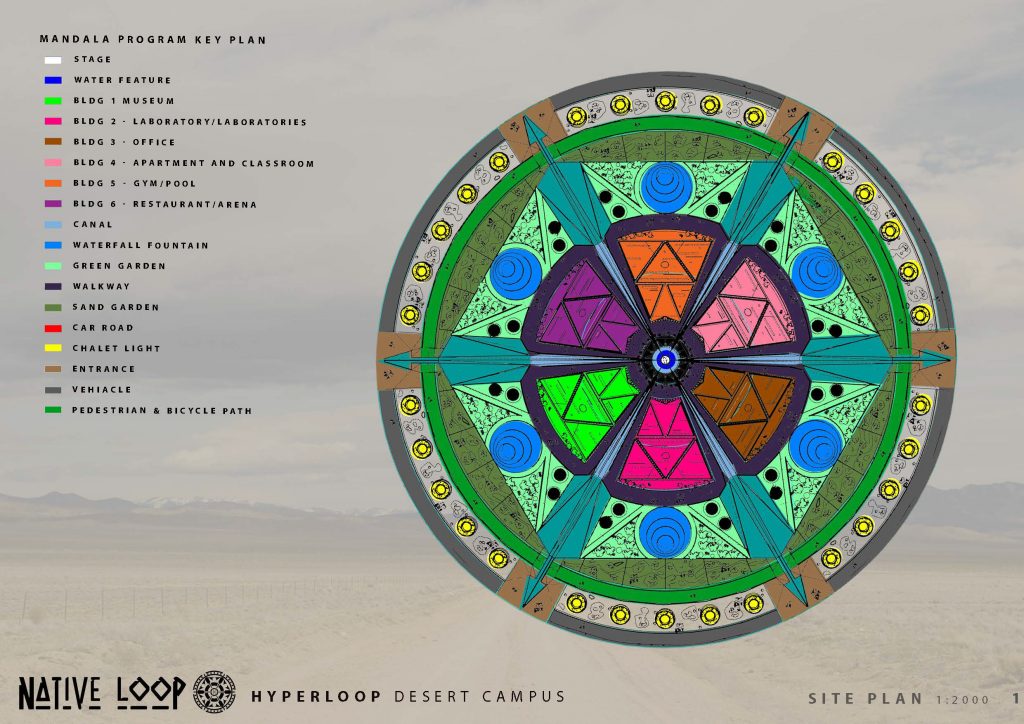 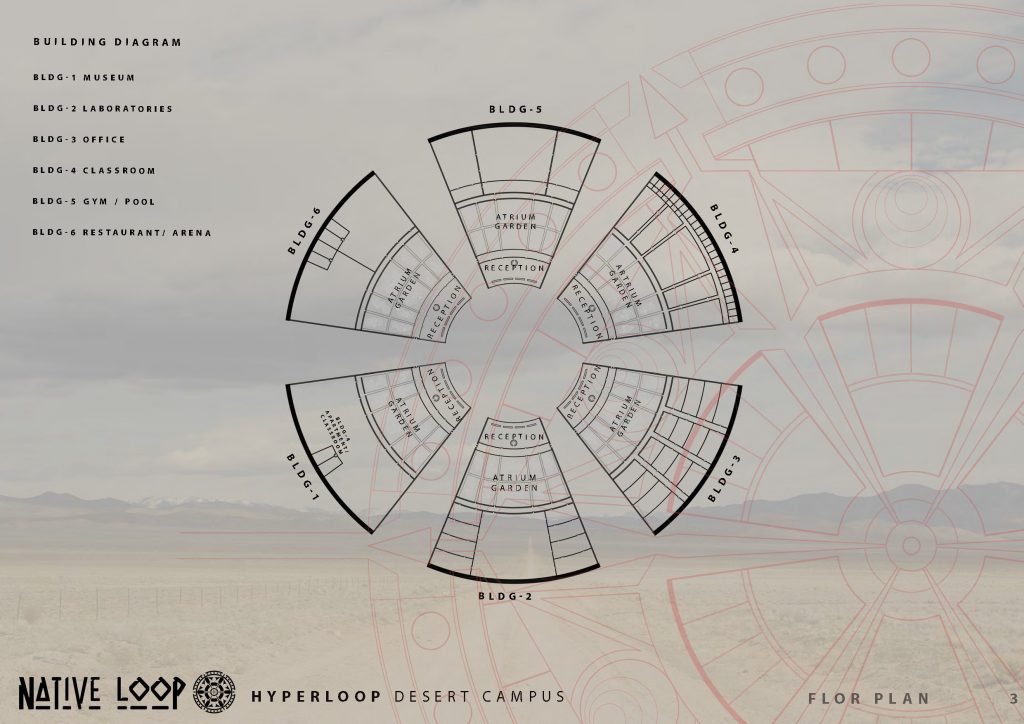 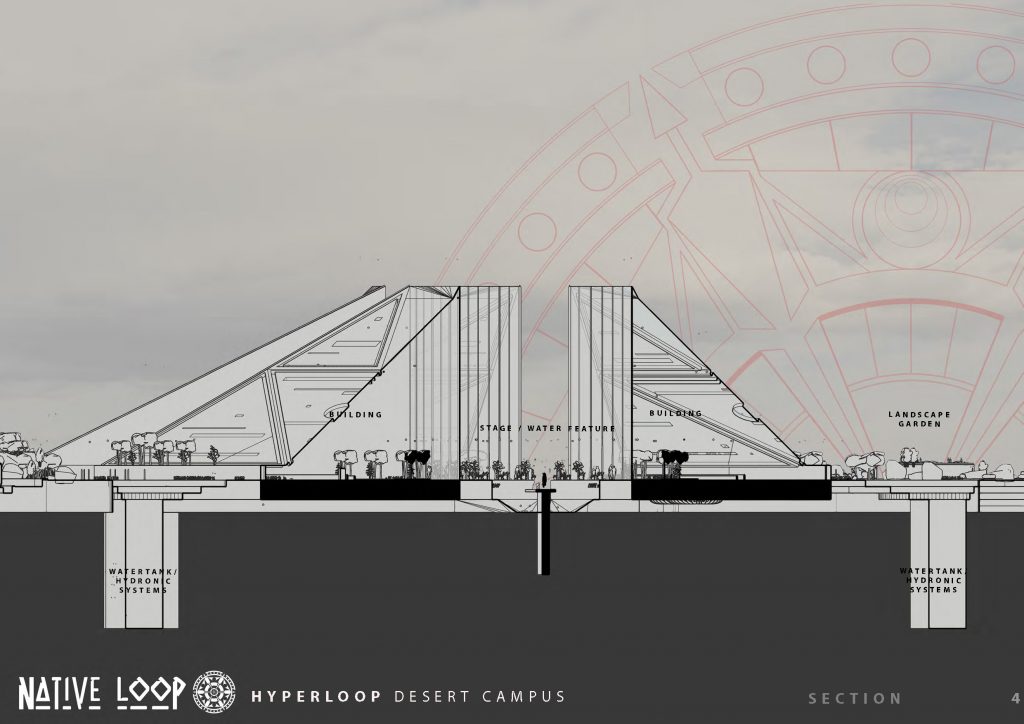